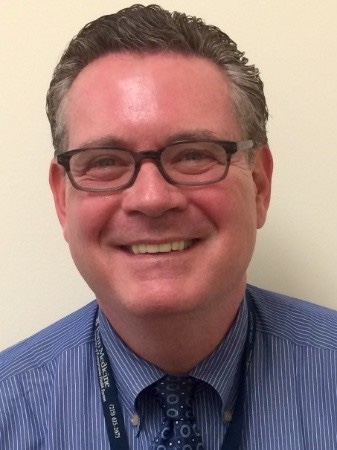 Beyond the love and support of family and friends, humor has always been the thing that has kept me sane over the years. Yet, sometimes even humor fails me as it probably does most people from time to time. A little over ten years ago, I lost two siblings. Both were very dear to me and contributed much to my perceptions about how to deal with the curveballs life throws at you. One passed away from multiple sclerosis, another from complications caused by a rare condition called Sjogren’s syndrome.

Fast forward to somewhere around 2013. I started noticing odd things such as abnormal tiredness and body aches that seemed different from the aches and pains my middle-aged friends were experiencing. People noticed I’d lost weight, which in my case, I thought it was a good thing. But others have since told me that I looked very unhealthy. Perhaps most alarming was that my handwriting was getting smaller and my hands cramped. I also found myself sad and mildly depressed – not too surprising given the losses I mentioned earlier.

But, I had something of a mystery to solve. My first thought was carpal tunnel syndrome, which prompted me to visit an orthopedic specialist. Several tests later and…nothing. I went to some general practitioner and again nothing. By the time 2015 came around, I noticed a little tingling in my hands. I started to believe that since I had a sibling who had had multiple sclerosis, maybe I shared the same diagnosis. It was a sobering thought.

Nevertheless, I made an appointment with a general neurologist. As he examined, he saw no signs of multiple sclerosis, but he was staring at me oddly. I asked him what he was looking for, and he replied, “Parkinson’s disease” – but he did not see it. Relief.

In early 2016, while at the local library conducting research for my father-in-law, I saw — from the corner of my eye — a brochure with the headline, “could it be Parkinson’s?”

I resisted picking it up at first. But I did.

I still had no explanation for my small handwriting and other little quirks that were popping up. The brochure pointed out something called ‘micrographia’ as a symptom of PD, i.e., small handwriting. I feigned calmness and reached out to a friend and colleague in neurology operations and asked him if I could see someone who specializes in Parkinson’s. He informed me I needed to see a movement disorders specialist, which was a new term for me.

Parkinson’s is a neurodegenerative disease that impairs the production of dopamine, essential for smooth muscle movement, effecting not only walking and talking but even swallowing. Things that one can take for granted.

On June 6, 2016, I was diagnosed with Parkinson’s disease. Being an employee of Penn Medicine, I am well aware of the fantastic work done at this organization. The good news is I have access to excellent care and great clinicians. In addition, most of the work that I do within Human Resources is for the Clinical Practices of the University of Pennsylvania.

With my new diagnosis, I immediately thought of Michael J. Fox, diagnosed with Parkinson’s at 29. Even though I was 55, I was still young enough to be declared as “young onset.” I was scared. And, since I’m a huge music fan, I was chagrined since I thought the worst thing I was going to deal with in 2016 was the death of one of my favorite musicians, David Bowie.

I write this because nearly four years after my diagnosis, I walk the fine line between denial (do I really have this condition?) and reality (I do have this condition) and what Parkinson’s can potentially do to me. For the record, I sought second, third, and fourth opinions; three were local, and one involved a flight to the Mayo Clinic.

The hardest conversations occurred between my wife and daughter. My daughter asked me if I’m afraid, and I said, “yes, of course.” I’m afraid because I honestly don’t know what it’s going to do to me, but I decided not to live in fear. Thanks to courageous advocates like Michael J. Fox and our local celebrity, former Pennsylvania Governor and Philly Mayor Ed Rendell, a Parkinson’s diagnosis doesn’t mean the end of your life. It means a different life. And, a Parkinson’s specialist can do so much more to ensure a high quality of life.

My Penn movement disorders specialist says PD is referenced as the snowflake disease as it affects everyone differently. The most encouraging thing she told me, and it seems to be working, is to make exercise the cornerstone of my life (shout out to the GSPP at 9th & Pine). It may sound corny, but being dealt this hand has also made me realize that once and for all, I must live in the present, and I fully intend to be one of the people who live a long time and live well with PD.

I don’t write this seeking sympathy; I tell you this because strangely enough, I feel better when I share this story. Most people genuinely fear disclosing these types of things in the workplace and for good reasons.

Parkinson’s is a learning experience and, at times, harsh one. Yet, it has expanded my knowledge, and I dare say my creativity. As my wife attests, it has made me more humorous, curiously enough. And, although I don’t wish a Parkinson’s diagnosis on anyone, I have met some amazing, gifted individuals. Clinicians, care partners, members of organizations such as The Parkinson Council, and “Parkies” themselves, and all of their experiences have been invaluable to me.

Thank you for reading my story. If my story moves you to share your story, you’ve already taken the first step as an advocate for others living, working, and thriving with a chronic disease.

In Her Own Words