The art of living well with PD.

Marissa Clark is the Accessible Programs Coordinator at the Philadelphia Museum of Art. She runs programs for people with disabilities who visit the Museum, and for those who can’t.

If you build it, they will come.

“I started researching Museum-based art making programs specifically for people with Parkinson’s. Nothing came up, so I figured, OK, I’ll start one.”

Where the Council stepped in.

The Parkinson Council funds the Museum’s workshops for people with PD and their care partners. But their support goes deeper than funding. “Working with them has been a pleasure. Knowing I have their support pushes me and my team to keep creating more workshops.”

The Museum’s program isn’t art therapy, but it’s downright therapeutic­ for everybody involved. “With the Parkinson’s community, I feel like I was welcomed into a family of people who are all striving towards the same goals,” Marissa said. “One Workshop participant told me, ‘Having PD can be all consuming and hard to escape. This workshop gives me those moments of escape.’ Another said that the Workshop is ‘downright liberating.’ That keeps me going.”

“After one art-making session, a woman who was filling out a form told me, ‘I can read my writing!’” Marissa said. “Some people with Parkinson’s develop handwriting that’s so small it becomes illegible. That day, her handwriting got bigger, and I thought it was so remarkable that the workshop could at least temporarily lessen her symptoms.” 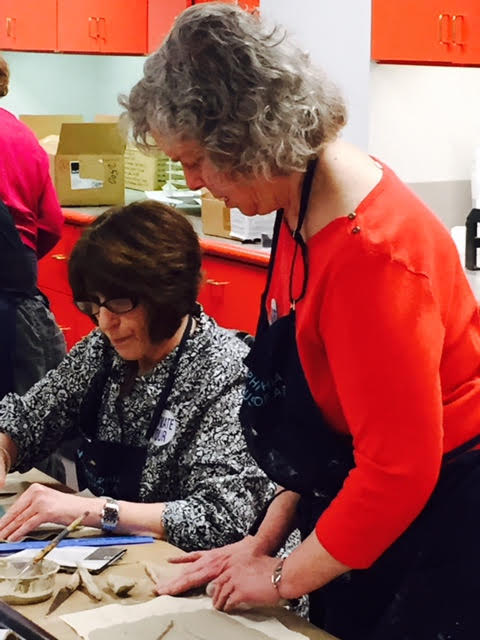